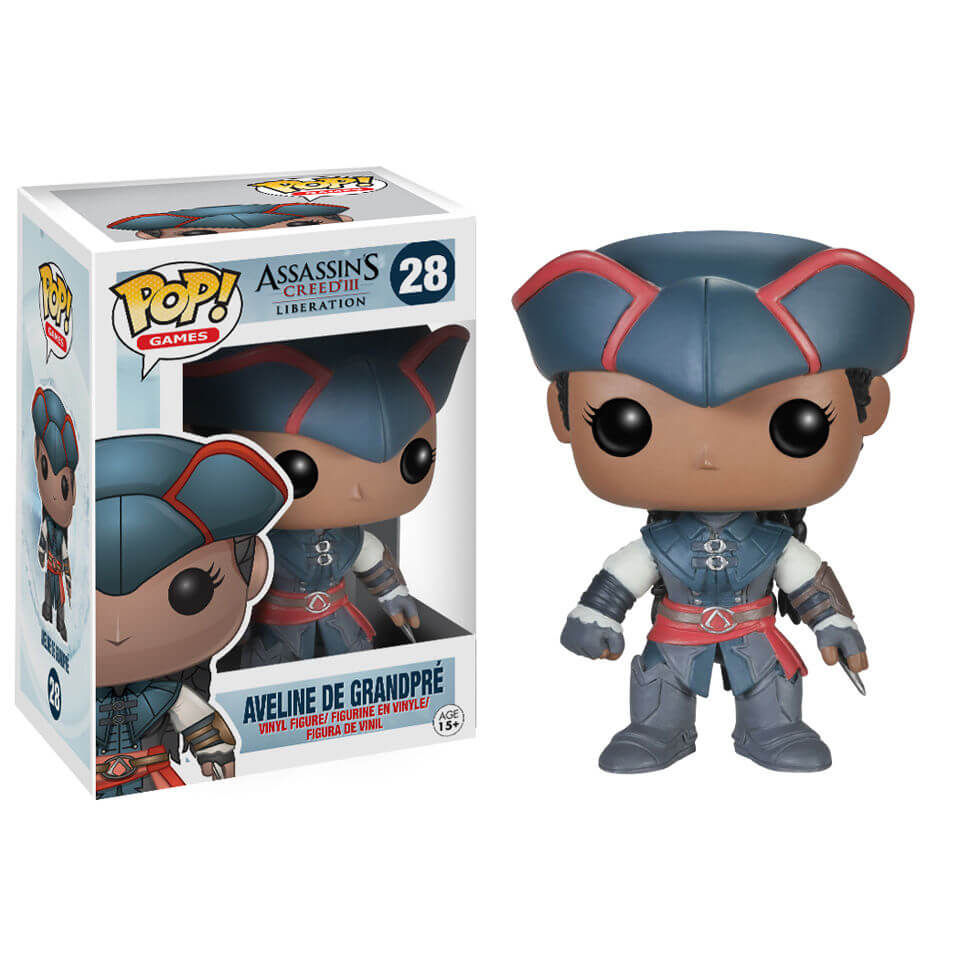 Aveline de Grandpré (1747 – unknown) was an Assassin of French and African heritage, who lived in the area of New Orleans during the middle of the 18th century. Born to the wealthy French merchant Philippe Olivier de Grandpré and an African slave by the name of Jeanne, Aveline was raised in a comfortable and privileged environment. In 1759, after having lost sight of her mother, she mistook another woman to be her parent and reached out to her, attracting the attention of a group of slavers. However, she was rescued by an Assassin called Agaté, who recruited Aveline into the Assassin Brotherhood and became her Mentor.